It’s my great pleasure to welcome Jacqui Murray to this month’s Launch Pad spot. You may well already be familiar with Jacqui through her blog, WordDreams, others of you will know her through her books. It is Jacqui who introduced me to the wonderful world of prehistoric fiction, a genre I hadn’t heard of before, but now I can tell you, I’m totally hooked!

So, let’s find out a little bit more about her. We’ll start with her official author bio:

Jacqui Murray is the author of the popular prehistoric fiction saga, Man vs. Nature which explores seminal events in man’s evolution one trilogy at a time. She is also the author of the Rowe-Delamagente thrillers and Building a Midshipman, the story of her daughter’s journey from high school to United States Naval Academy. Her non-fiction includes over a hundred books on integrating tech into education, reviews as an Amazon Vine Voice,  a columnist for NEA Today, and a freelance journalist on tech ed topics. Her next prehistoric fiction, Natural Selection, is due for release in winter 2022.

Before we come to Jacqui’s latest book release, let me share what Jacqui as to tell us about her journey into self-publishing and finding her authorial voice.

Finding my Voice – by Jacqui Murray

I have been writing fiction for about 25 years (non-fiction longer, but that’s a different story). When I started, I wanted to write the biography of a prehistoric female – how she survived when experts said she shouldn’t. I took some classes, attended conferences, read a bunch of books, and got excited about writing as a craft. An agent suggested I not write prehistoric fiction because the market was too small so I switched to thrillers. I wrote one, another, both well received but they didn’t sell much. I figured if I was going to write and NOT sell, I might as well write what I wanted so I switched back to prehistoric fiction. My first novel, Born in a Treacherous Time, was rejected over one hundred times but still, I wrote another, Survival of the Fittest. That too was rejected one hundred times (I stopped sending out queries when I received my 100th rejection).  Repeat for two more and then I stopped submitting to traditional publishers. I got whatever message they were sending and decided to self-publish. Yes, I was confused and intimidated, like a web browser with nineteen tabs open, seventeen of them frozen and one with music blasting but I couldn’t tell where it came from.

But none of that mattered. I was in charge of my destiny and that felt good. I peacocked for a while and then went back to work.

Somewhere along the line, I figured out my voice. That was scary at first, putting a book out to the public written the way I wanted but I felt good about what I was writing. I knew the rules, which to follow and which to bend, and understood the importance readers place on how a story is told. In fact, that is as important as rules. By the third book written my way, I began to gain traction and sell enough that I could even call myself a writer.

Don’t get me wrong, I’ve had some success. A first place in a writing competition. Quarter finals in a national competition. I even had an agent for a while… That’s another story. I’ve tried quitting, but I’m back at it within weeks, like an addict. I know people who quit smoking and their rough period starts when they quit and continues till they die. Is that what being a reformed writer would be: “Hello, my name is Jacqui and it’s been ten days since I edited my last novel.” I get the shakes thinking of that.

If you’re trying to find your voice, here are my suggestions:

Someone once said about the death of one particular amazing writer whose stories seemed to be effortless:

Talent on loan from God. Talent returned to God.

When you find your voice, that’s what it feels like, as though someone greater than you is whispering in your ear and you darn well better listen.

Jacqui’s latest release is Laws of Nature, the second book in her Dawn of Humanity trilogy. I finished reading this only last week, and I recommend it whole-heartedly!

A boy blinded by fire. A woman raised by wolves. An avowed enemy offers help.

In this second of the Dawn of Humanity trilogy, the first trilogy in the Man vs. Nature saga, Lucy and her eclectic group escape the treacherous tribe that has been hunting them and find a safe haven in the famous Wonderwerk caves in South Africa, the oldest known occupation of caves by humans. They don’t have clothing, fire, or weapons, but the caves keep them warm and food is plentiful. But they can’t stay, not with the rest of the tribe enslaved by an enemy. To free them requires not only the prodigious skills of Lucy’s unique group–which includes a proto-wolf and a female raised by the pack–but others who have no reason to assist her and instinct tells Lucy she shouldn’t trust.

Set 1.8 million years ago in Africa, Lucy and her tribe struggle against the harsh reality of a world ruled by nature, where predators stalk them and a violent new species of man threatens to destroy their world. Only by changing can they prevail. If you ever wondered how earliest man survived but couldn’t get through the academic discussions, this book is for you. Prepare to see this violent and beautiful world in a way you never imagined.

It’s my great pleasure to welcome Jude Itakali to this month’s Launch Pad spot. Many of you will already be familiar with Jude through his blog, Tales Told Different, but let’s find out a little bit more about him from his author bio.

Jude was born and lives in Kampala, Uganda, and when not being an athlete on the rugby field, or crunching down numbers on a computer for work, he delicately pens the epiphanies from life and its different relationships and encounters.

He writes about all sorts of topics, finding a way to relate them with each other because no one theme exists in a vacuum.

Empathy is sometimes considered a gift, and Jude has it in abundance.

Jude has recently released his first book, Crossroads (Winds of Love) – a collection of poetry, prose and short stories. Here he is to tell us all about it. Take it away, Jude!

Thank you for inviting me onto your blog today, Chris. I’m excited to tell you all about my book, which is entitled Crossroads (Winds of Love).

This is my debut publication and I used poetry because of its ability to touch a variety of people in a variety of ways. I admire the creativity it gives and the outlet of emotions that might otherwise fester within. The ability to exercise the breadth of language to pass on a message has always captivated me because it touches and evokes much deeper than plain words.

CROSSROADS (Winds of love) is a collection of poems, prose, and short stories written in verse. Many times, romantic love is depicted as a formula: advice on ways in which to get the best out of love. In my time and experience through many kinds of love, some my own, many from the people closest to me, and a few from the world testimonies and stories, I have come to understand that each situation is different, and not all advice is applicable for everyone. Love is not bound by rules, and in most cases, it does not make sense.

I wrote and compiled these poems and stories to show multiple aspects of love, to show the reader that they are not alone, that they should not be judged, and even though love’s pleasures may come with even greater pains, that in the end, the power to change it or discover it in its best form, lies within us.

This precious gem of a book has poetry in structured forms including, but not limited to sonnets, haiku, etheree, tanka, cinquain, shadorma, and many more. It also contains free verse poetry and a splattering of short stories. It takes us on an adventure through longing, intimacy, heartbreak and healing.

Click here for some of my latest reviews and some short extracts from the book.

In the corridors of love,
At the crossroads of loneliness,
We stand at our most vulnerable.
As the winds of love swirl, we are often ill-prepared for the portends and promises they carry;
The longing, fear, and deception.
The intimacy, and the horrors of heartbreak.
But also the hope, renewal and strength from the trials we have survived.

May these poems, prose and short stories touch each in their own particular way,
And bring us all perspective, compassion, hope and ultimately;
Love!

If it’s available in your region, I’d recommend you order a paperback copy – so much better for poetry.

My copy arrived just a few days ago. 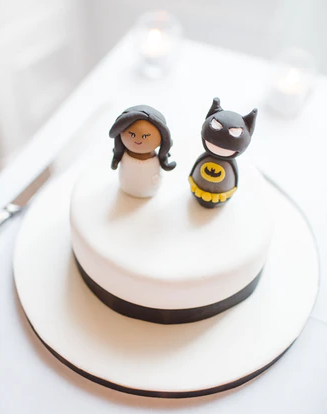 We’re sorry that lockdown has got in the way

of the planned celebration for your special day.

No feasting or speeches or exchanging of rings,

but thoughts and good wishes and virtual things. 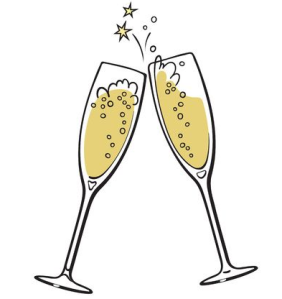 Raising our glasses to you as is the fashion,

just a sip or two since our booze is on ration,

to toast to the future when, come what may,

you’ll have a good one, despite the delay!

Photo credit:  Tom the Photographer on Unsplash and clipart.com

Wherever you go, know
I will watch out for you.

No, don’t look back!
Your future lies ahead.

Live it out, live it well
Be free, be happy!

Know, my love
that I will be waiting

Until we meet
on the other side.

Written in response to Sadje’s What Do You See #20 photo prompt.
Image credit: Akshay Premjith, Pixabay 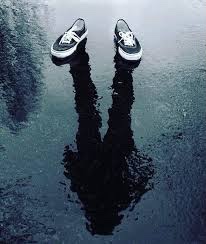 My love, how did I come to lose you?

You, the one to whom
I cleaved my heart, my soul

Just a trace of you remains:

a hint of your scent in the clothes
you
left behind.

Come back my love, so I can hold you again.

Written in response to Sadje’s What Do You See #16 photo prompt.
Photo credit: ‘Reflections’ by Yunus Emre Uzun

All alone in the

Where are you, my love?

You are the moon

He is the night

You shine in his darkness

Engulfed by his touch,

slave to the rhythm

Later, in the empty bed

Was he really here?

The legacy of his love. 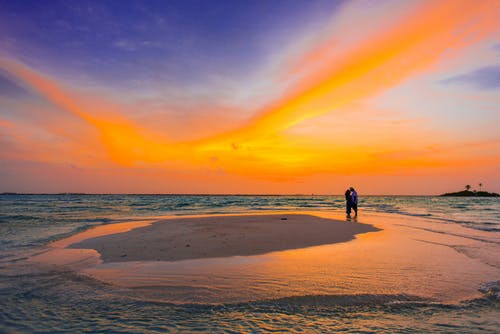 How her heart fluttered at the very thought of him. This beautiful, wonderful man: tall, dark and handsome with olive skin and deep, probing brown eyes. She couldn’t believe that he’d chosen her. Never had she been so truly, madly, deeply in love. Her life was perfect. Complete.

Cliché after cliché toppled her reason. He lit up her world; he made the sunshine brighter, made her weak at the knees with a look. He made the earth move for her. Naughtily, especially with that tongue of his. She blushed at the thought. With total abandon he’d loved her and she’d loved him back. She’d explored every nook and cranny of his gorgeous, lithe, strong-limbed body. Felt the warmth of his breath, the strength of his heartbeat. The intimate tingle, that lingering consummation, together so perfectly ravished.

He was her perfect hero.

Such a shame she had only made him up.