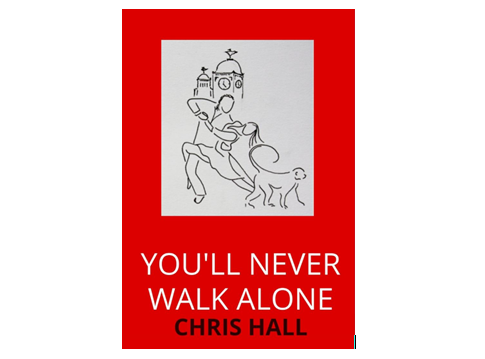 It’s been an interesting few days running the freebie promo for this new book of mine.

Those of you on Twitter might have seen some interesting activity on my feed in the past couple of days. Unless you’re from (certain parts of) the UK it might not have meant that much to you. Suffice to say, some of us Northerners are very tribal, particularly over our football (soccer) teams.

Of course, ‘You’ll Never Walk Alone’ isn’t really about football. However, writing a book set in Liverpool (to me) requires a passing mention or two of that fine sport. The book title somehow wormed its way into my consciousness and fixed itself there. I never gave a thought to the impact it would have on my fellow Scousers* and other folk beyond the boundaries of our fair city.

You see the rivalry between our two football teams, Liverpool and Everton, is legendary. Between Liverpool and Manchester United (just 30 miles away), it is epic. Seriously so. And LFC’s anthem, shared by a number of other teams incidentally, is the Rogers and Hammerstein song, from the musical Carousel,  You’ll Never Walk Alone.

The song is pretty much synonymous with Liverpool Football Club and its supporters, of which you will have guessed I am one. Did you spot the top my husband and illustrator was wearing at the book launch a few weeks ago?

So, the result of this reckless labelling for my book? It was said I was sticking my neck out way too far, that I’d alienate 50% of Liverpool, all of Manchester… and so on. Oops!

So, maybe an ill-judged title? I don’t know. There was a bit of back-tracking on the Twitter feed, and now I’m honoured to find an Evertonian** has downloaded my book and has even tweeted that, having read the blurb, he’s actually looking forward to doing so!

I thought the whole thing was hilarious.

And before I go, just a reminder that the free download runs until midnight on Sunday (Pacific Standard Time) which is 9am on Sunday morning here in South Africa, 8am Sunday morning in the UK, and 4pm on Saturday afternoon in Sydney, Australia etc. We are so very international aren’t we?

Thank you to everyone who’s downloaded the book. I hope you enjoy reading it and look forward to your feedback.

Have a great weekend and happy reading!

7 thoughts on “Your time’s up on Sunday!”