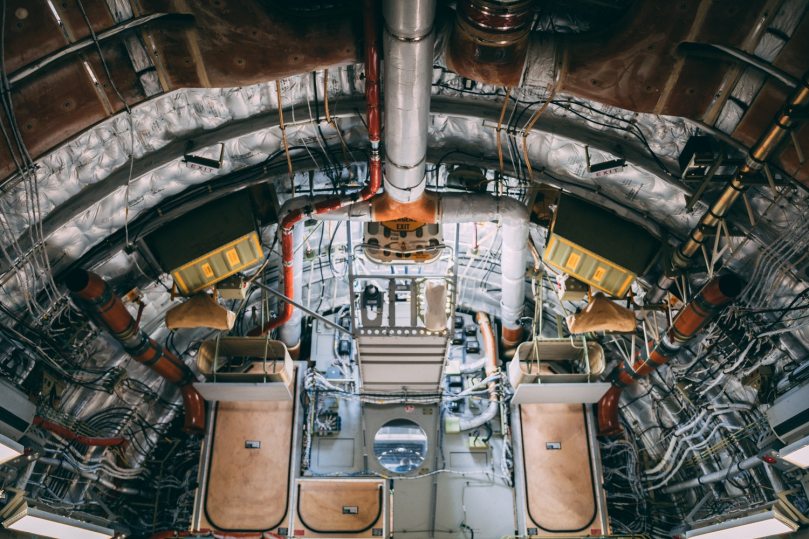 Someone is shaking me by the shoulder. I open my eyes to see the worried face of Stevens looming over me.

‘It’s Harris. There’s something the going on with him.’

I shift my seat into the upright position and peer across the starship’s central console at Harris. He’s staring blankly ahead. His two thumbs are working away against his cupped fingers but there’s nothing in his hands.

‘Looks like he’s gaming in his sleep,’ suggests Stevens.

I lean over and wave my hand in front of Harris’s face. There’s no response. ‘Maybe he’s in some kind of trance.’

At that moment, Harris lets out an excited yell and punches the air. ‘Yesss! High score Harris!’ He beams at us, wide-eyed and triumphant, holding out his hand for a high five. Stevens leans over and obliges.

Red warning lights start to flash and the familiar rising wail of the siren blares. The viewing screen flashes a message.

Shields, need to activate shields, I think to myself.

The message fades and is replaced by a view of our surroundings. The stars don’t look familiar at all. But there’s no sign of any immediate threat. So why does the ship think we’re under attack?

As if in response, a group of small star fighters flash past us on the right-hand side of the screen. There is a crackle of static from the ship’s console.

‘This is Red Leader. Good shooting, Harris! Cover me, I’m going in!’

‘Roger that!’ answers Harris excitedly, extending his right hand and curling his fist around an imaginary joystick. Our ship banks to follow the star fighters.

The view of the unfamiliar stars is replaced by one huge dark sphere.

Has Harris been recruited to the Rebel Alliance? Are the Cadets about to be caught in the crossfire? Tune in next time for the third episode of Space Cadets Series Two.

26 thoughts on “A Rude Awakening”