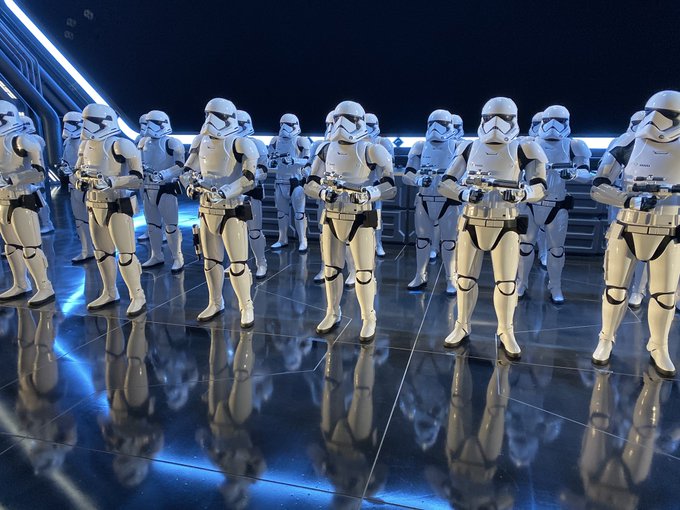 Without warning the Stormtroopers break ranks. Their faces are hidden behind their helmets but they’re clearly confused. The grey-uniform shakes his head in disbelief. ‘Where did it go?’ he calls out, waving his clipboard in exasperation.

Then it dawns on us. Our ship has cloaked itself like it did once before. They can’t see us!

‘We need to get out of here,’ says Harris, starting to push buttons on the control panel in front of him.

The viewing screen goes blank and I feel the ship start to move, but strangely I can’t hear the engines firing.

‘What’s happening?’ shouts Stevens, grabbing the arm of my seat.

All around us the ship begins to shimmer as if every particle is separating from its neighbour. I glance down; my body is becoming insubstantial too. My stomach heaves and I reach out to clutch Stevens’s outstretched hand. Air rushes past me. I grit my teeth.

Then with a jolt, everything stabilizes and comes back into focus. I hurriedly let go my grip on Stevens’s hand.

We hear an explosion coming from somewhere behind us and the ship judders. The sudden force flings us back in our seats.

The ship continues to accelerate, but we’re blind. The viewing screen remains blank.

I struggle to turn my head in Harris’s direction. ‘Where are we going?’ My mouth moves in slo-mo and my words are elongated, drawn out by our superluminal speed.

A moment later the ship returns to sub-light speed and the viewing screen blinks into life. Expecting to find ourselves out in the enormity of space, we exchange puzzled glances. We appear to be crammed into a cargo hold. Inside another ship?

‘What the..?’ Harris removes his cap and scratches his head. ‘I wasn’t flying the ship?’

We hear running feet outside. ‘Get this damn thing open!’ an exasperated voice shouts.

We spin around in our seats as we hear the rear hatch of the flight deck open. A perplexed looking man, brandishing a gun appears.

‘Who the hell are you? And what are you doing on my ship?’

My heart misses a beat. 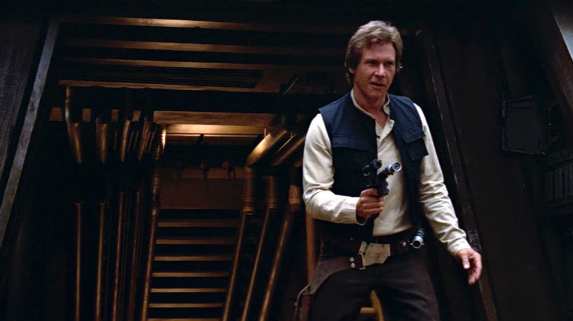 What next for our gallant cadets? Are they really on board the Millennium Falcon?
Will the Force be with them? Will Jemma swoon at Han Solo’s feet? Or will she remember her training and regain her composure? Tune in next week for episode 5…

And if you we’re wondering what on earth (or off-earth) is going on,
you can catch up with the entire first series of Space Cadets here

23 thoughts on “Into Hyperspace”